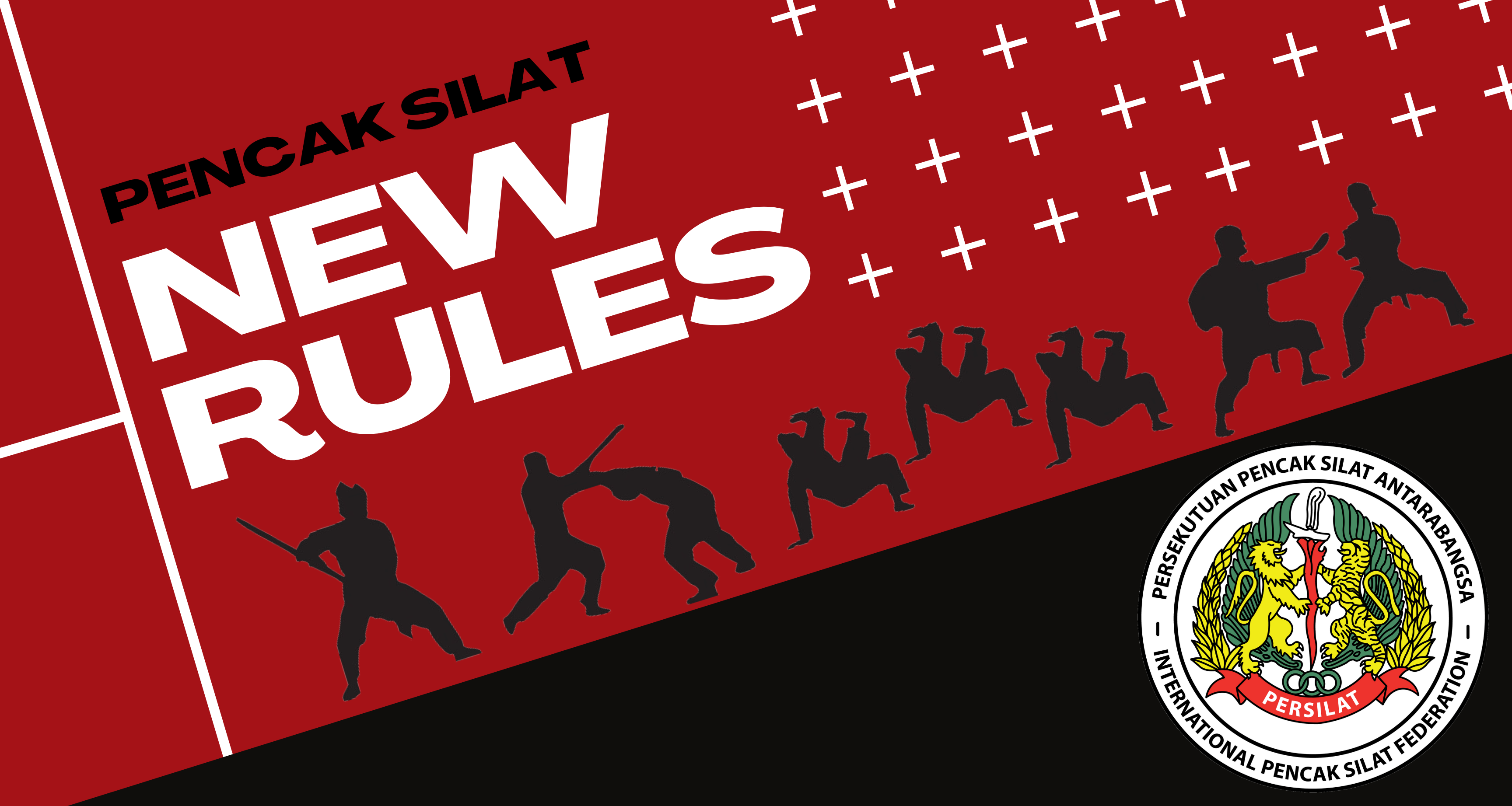 Throughout the years since the establishment of the International Pencak Silat Federation (PERSILAT) on 11 March 1980, the game play has been evolving with improvements to follow the passage of time.

Some of the significant amendments were made to the International Rules and Regulations when there are needs to be included in the multi-event games, such as Asian Beach Games, which was primarily held in Bali – Indonesia, in 2008.

The Pencak Silat International Rules and Regulations is to be applied in most of the Pencak Silat events, where in this booklet is the upgraded and improved manual since the last update in August 2013. The International Pencak Silat Federation is in planning to enhance and diversify a Pencak Silat games thru new introduce competitions, such as; *World Cup, World League, Open World Freestyle Artistic Pencak Silat Championship, and the updated version for Pencak Silat to be played on the beach.

With the vast development of digital technology, Pencak Silat will have to move in accordance with the flow modernization, and have it implemented in the current norm and practices in a Pencak Silat competition.

Refer to the link below for the Manual, Slides Presentation and a series of Videos of the New Rules!