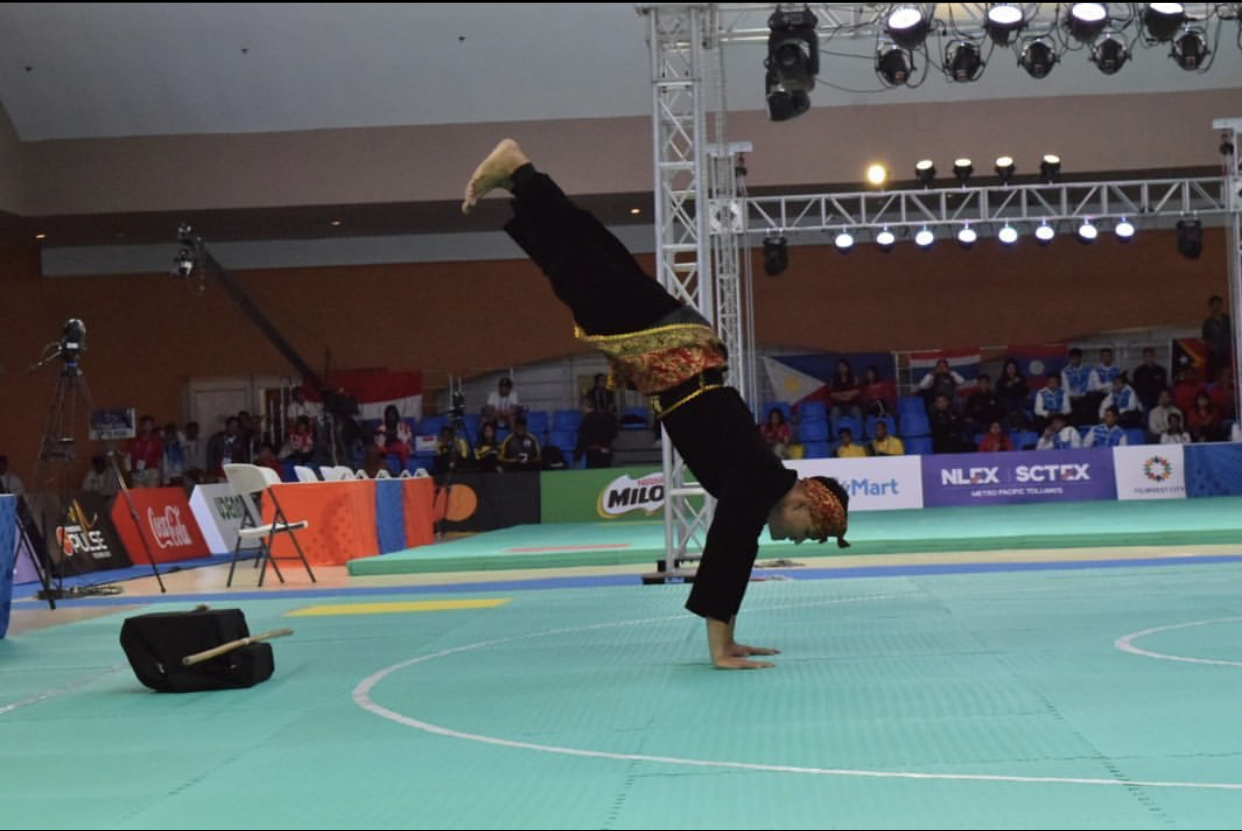 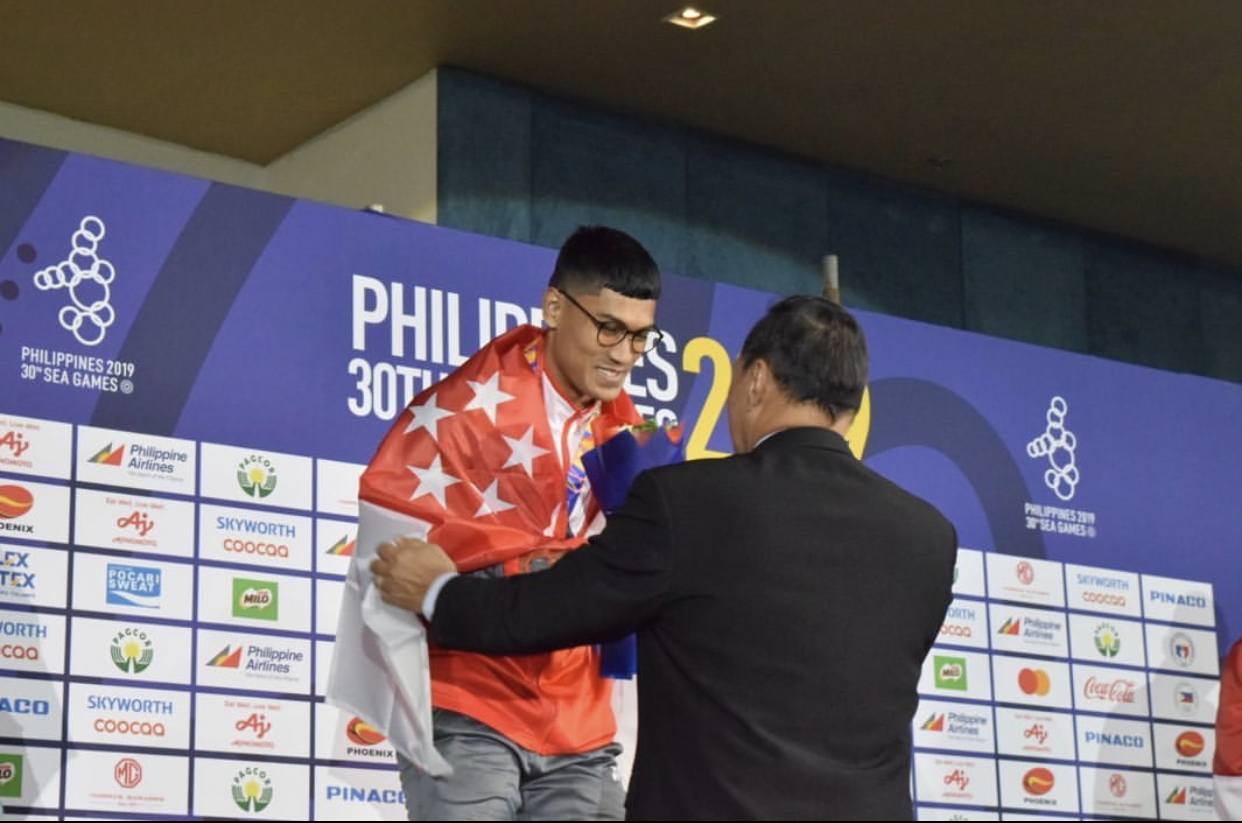 Our SEA Games Pencak Silat Team has reached Singapore on 6th December, right after the finals match category took place. The team brought back 2 Gold medals, achieving the initial goal set for the team, 1 Silver medal and 2 Bronze medals. The athletes who clinched the Gold, Silver and Bronze medals will be elaborated below.


Gold Medalists
The team clinched the first Gold medal in the male artistic Team category. Nujaid Hasif, Hamillatu Arash and Muhd Nazrul have been competing as a team for many competitions, achieving silver and bronze medals. The Games finally made all those months of waiting and training worthwhile as they achieved their first gold medal. The team clinched the second gold medal when Muhd Hazim defeated his Vietnamese opponent with a 4-1 win. Vietnam is known to be a strong competitor and the 18-year old who had just debuted as a SEA Games athlete proved his strength and calibre as an athlete. Congratulations to all 4 athletes!

Silver Medalist
Muhd Iqbal clinched the silver medal during the male artistic single event. He did perform as well in previous games despite putting in all his effort druing training. The 30th SEA Games however, proved his efforts worthwhile as he made a comeback and placed second in his event category, even with strong competitors.

Muhd Iqbal was the third athlete to present his performance to the panel of juries and scored a total of 461 points before team Philippines came on on top with 470 points. None the less, congratulations to Muhd Iqbal!

Bronze Medalists
Nurul Suhaila came home with a bronze medal after her 5-0 loss with a strong vietnam opponent. Suhaila fought well during her quarters and did her very best to takedown her opponent during the semi-finals.

Atiq Syazwani also came home with bronze medal after her 4-1 loss during the semifinals with Indonesia exponent, Suci Wulandari. The Singapore team athlete was leading with a 5-0 score in the first round and a 4-1 score in the starting of the second. A small action and the deliberation of the judges made a big impact as they ruled a dropping as valid, allowing the Indonesian athlete to catch up. Nonetheless, she put up a great fight and to all the medalists, our greatest congratulations.